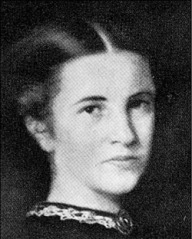 As the first female physician in England, Elizabeth Garrett Anderson is remembered as a historical UK feminist who made strides in founding the first hospital staffed by women. The claimant of a number of other significant ‘firsts’ for women, she was also the first woman in Britain to be elected to a school board, and as Mayor of Aldeburgh, Britain’s first female mayor and magistrate.

Born in London in 1836, and later raised in Suffolk, Elizabeth grew up as the second of eleven children in a business-minded family. Following the industrial revolution, her father found success managing several shops in the area, instilling in the children a sense of ambition towards the professional classes. Elizabeth was encouraged to take an interest in politics, and in the absence of a school in the area she instead learned reading, writing and arithmetic from her mother. Her father was able to send her to a private school at the age of 13, where despite falling in love with reading, Elizabeth remained frustrated at the lack of science and mathematics education.

At 18 Elizabeth met Emily Davies, feminist and future founder of Girton College Cambridge, who would soon become a lifetime confidant. She continued to develop her interest in women’s rights thereafter, joining the Society for Promoting the Empowerment of Women and travelling to London for a private meeting with Elizabeth Blackwell (America’s first female physician). With the support of Emily Davies, and eventually her reluctant father, she was inspired to open up the medical profession to women and dedicated her life to the cause.

After proving herself an adept surgical nurse, Elizabeth took up private tuition of anatomy and physiology – she was eventually allowed into the chemistry lectures at the hospital, but was unwelcome by her fellow male students who campaigned for her removal. Elizabeth left Middlesex Hospital with an honours certificate in chemistry and materia medica. She was consistently refused admittance into medical schools across the country, but nevertheless continued to study privately – she soon sat her exam, reaching a score of the highest marks and becoming the first woman in Britain to hold a licence to practice medicine.

Despite this, Elizabeth was still not permitted to take up a medical post in a hospital. But this did not stop her – she opened her own practice in 1865, tending to over 3000 patients in her first year with the goal of allowing poor women to obtain medical help from a practitioner of their own gender. Elizabeth continued to become a visiting physician of the East London Hospital for Children (finally the first woman in Britain appointed to a medical post), the first woman on the London School Board, and a prominent suffrage supporter and social commentator on women in the workplace. In 1874, she co-founded the London School of Medicine for Women – the only teaching hospital in Britain to offer courses in medicine for women. She lectured there for the rest of her career, even serving as dean, and the college was later absorbed into what now stands as University College London.

Elizabeth’s efforts carving out new options for women have left a lasting legacy to this day. She is remembered as a tireless role model who opened doors to treat thousands of patients, and likewise encouraging many other women into the medical profession. Elizabeth is commemorated within University College Hospital by the Elizabeth Garrett Anderson Gallery, a permanent exhibition telling the story of her life and her lifelong campaign for equality in medicine.